Thank you for making my #ALE2012 special

ALE 2012 has been officially closed for over two hours now and, even though I have been handing out thank you cards all day, I still feel the urge to write a thank-you tweet to the people that made it special.

But I run into a technical limitation: tweet length. So I had to do it in this post.

This is the tweet I would write if I had no length constraint:

248 characters over the limit, and I am certain I am forgetting somebody, forgive me if it’s you.

And special double thank you to all organizers and volunteers!!! 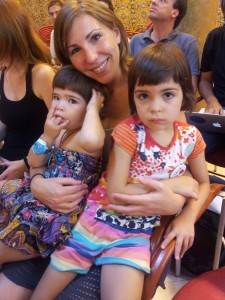 Thank you for allowing my kids to be part of this!!!

I need to write several more posts about thoughts and ideas I have from being part of #ALE2012, but for this post I just want to offer a couple data points, which have been making me think about quality and size.

The number of attendees at ALE 2012 was a little over 100 (120 according to the published list of participants).

When I came back from Agile 2012, two weeks ago, my thank-you tweet read as follows:

And that is all that I am able to write today. I have too much in my head.